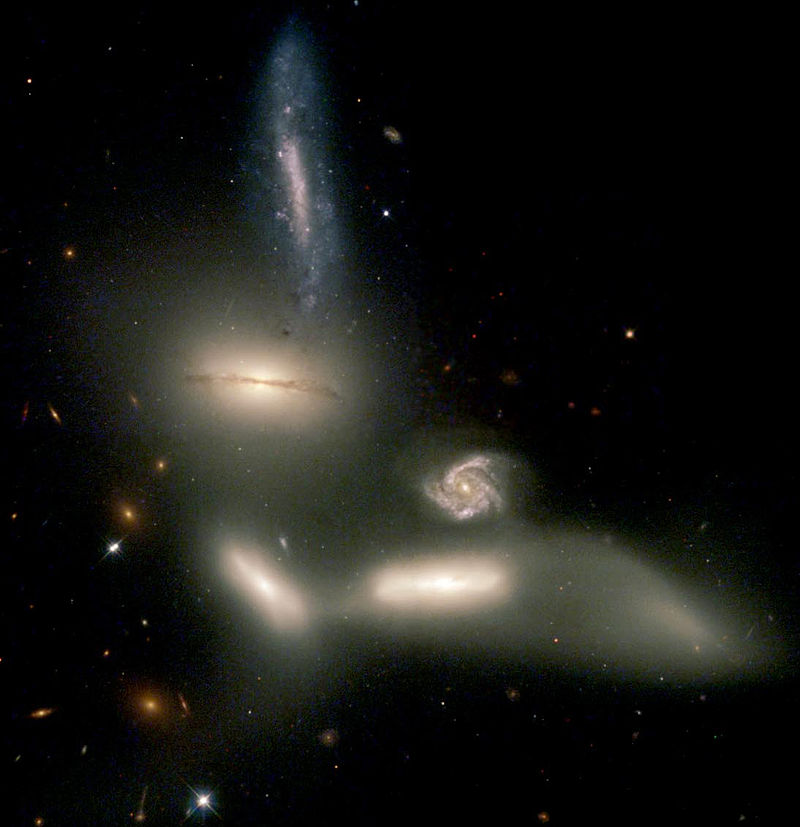 The 13.8 billion years of the Universe is enough time to form giant objects, being the galaxies one of the most interesting. Galaxies are truly island universes where dark matter, billions of stars and huge amounts of gas and dust coexist in equilibrium, and yet, they are an environment suitable for the formation of new stars. Galaxies also tend to cluster in a network of cosmic proportions which highlights fabulous large structures formed by thousands of galaxies.

At the IATE, the study of galaxies has been a constant challenge, which has allowed to consolidate over the years different methods for the study of the formation and evolution of galaxies. Some of the most important are: Numerical Simulations: the physical processes that govern the evolutionary history of one or many galaxies are recreated by using supercomputers: Statistical Studies: properties of galaxies are inferred and analysed from large data surveys; Astronomical Observations: classic observations and the most modern and sophisticated techniques are combined by using the telescope facilities around the world.

The large-scale structure of the universe is the field of cosmology that studies the distribution of matter on the largest scales of the universe (on the order of one billion light years). This field has developed extraordinarily since the 80's with the development of three-dimensional maps of galaxies in multiple bands of the electromagnetic spectrum, and with the observation of the microwave background radiation. With the increasing flow of information generated by observatories, a characterization of the content of the universe has been obtained (consisting of 74% of vacuum energy, 26% of dark matter and 4% ordinary baryonic matter). Galaxies are organized in a structured way and following a hierarchical model where the upper scale is dominated by a network of clusters and filaments. This filaments tend to align configuring sheets which surround large near empty regions called voids. Above this the universe seems to be isotropic and homogeneous in accordance with the cosmological principle. Through the development of numerical simulations, the distribution and topology of these structures is characterized by statistical test designed for the comparison with observational data. In our group we study from pairs of galaxies, compact groups, galaxy groups (systems with the order of hundred of galaxy members) clusters of galaxies (thousands or more members), filaments and cosmic voids. Our studies focus on the dynamics and formation of this structure, how this topology could affect galaxy formation and how the large scale structure can be used to describe the physical parameters of our Universe.