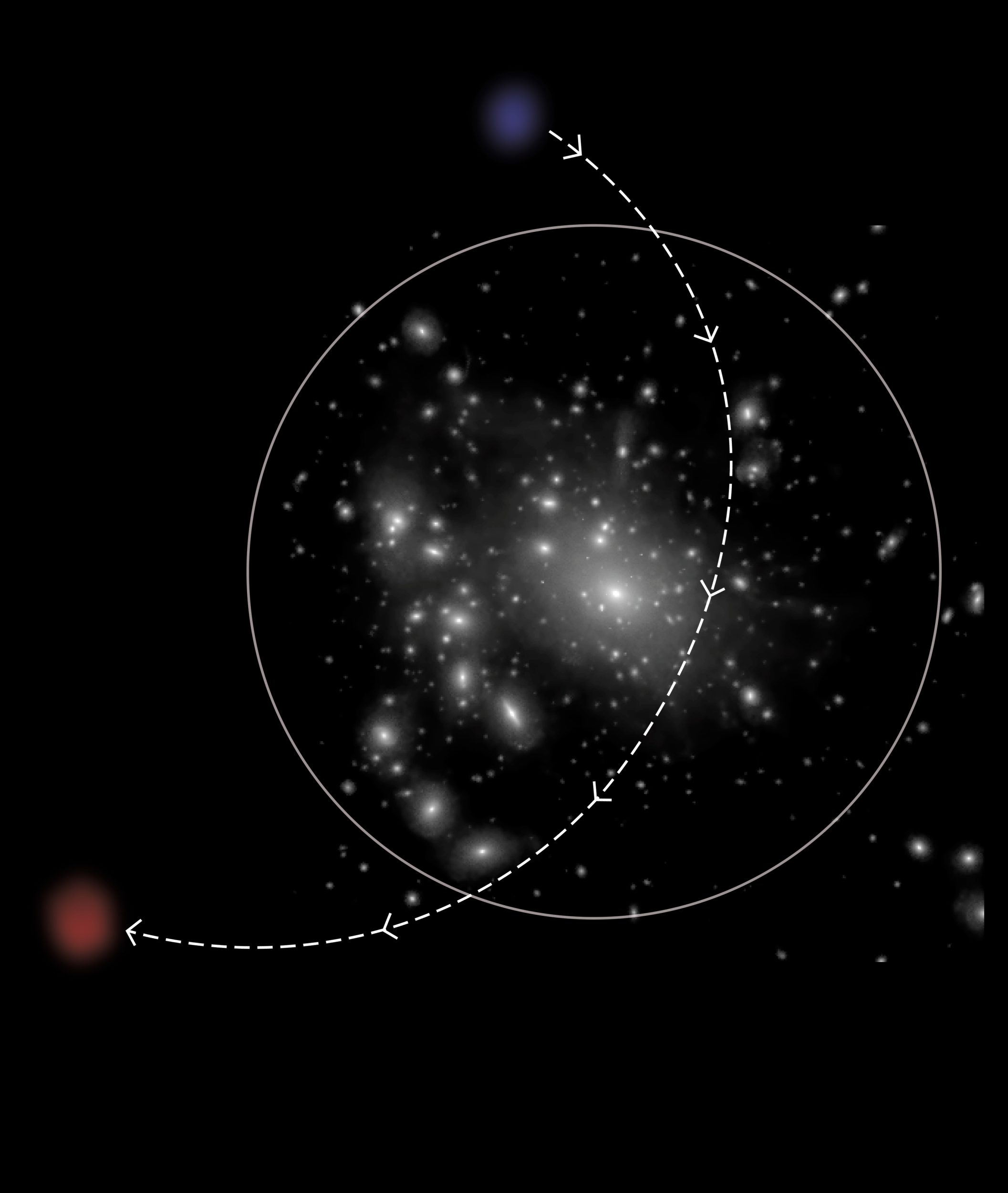 In the universe there is a great diversity of galaxies that vary, for example, in appearance, size, colour, mass, and so on. In addition, they can be isolated, form systems of a few members, or form clusters of hundreds of galaxies. One of the great challenges today is to explain this diversity.

Every galaxy is the result of multiple physical processes that drive its formation and evolution. These are related both to internal mechanisms and to the interaction of the galaxy with its environment.

Some models allow us to understand how some of the different types of galaxies are formed. However, some galaxies cannot yet be understood. One example of these is the ultra-diffuse galaxies (UDGs). These have low stellar content but large size. That is, they are "sparse" compared to typical galaxies of their size and "huge" compared to those with the same number of stars. It is these rare features that make them unexplainable by the most common evolutionary models.

On the other hand, galaxies, like the burners on a cooker, are blue when the gas is burning well, and red when it becomes scarce. In general, red galaxies are in groups and blue galaxies are further apart. This is because in groups, due to interactions, they lose the gas that surrounds them, whereas when they are isolated, they retain that gas, and this allows them to continue forming stars. Those galaxies that are found in quieter environments and are generally blue are called 'field galaxies'. However, some ultra-diffuse field galaxies have stopped forming stars, i.e. they are red (or quiescent). Although having been observed, these objects are very rare. It seemed very difficult to explain them. 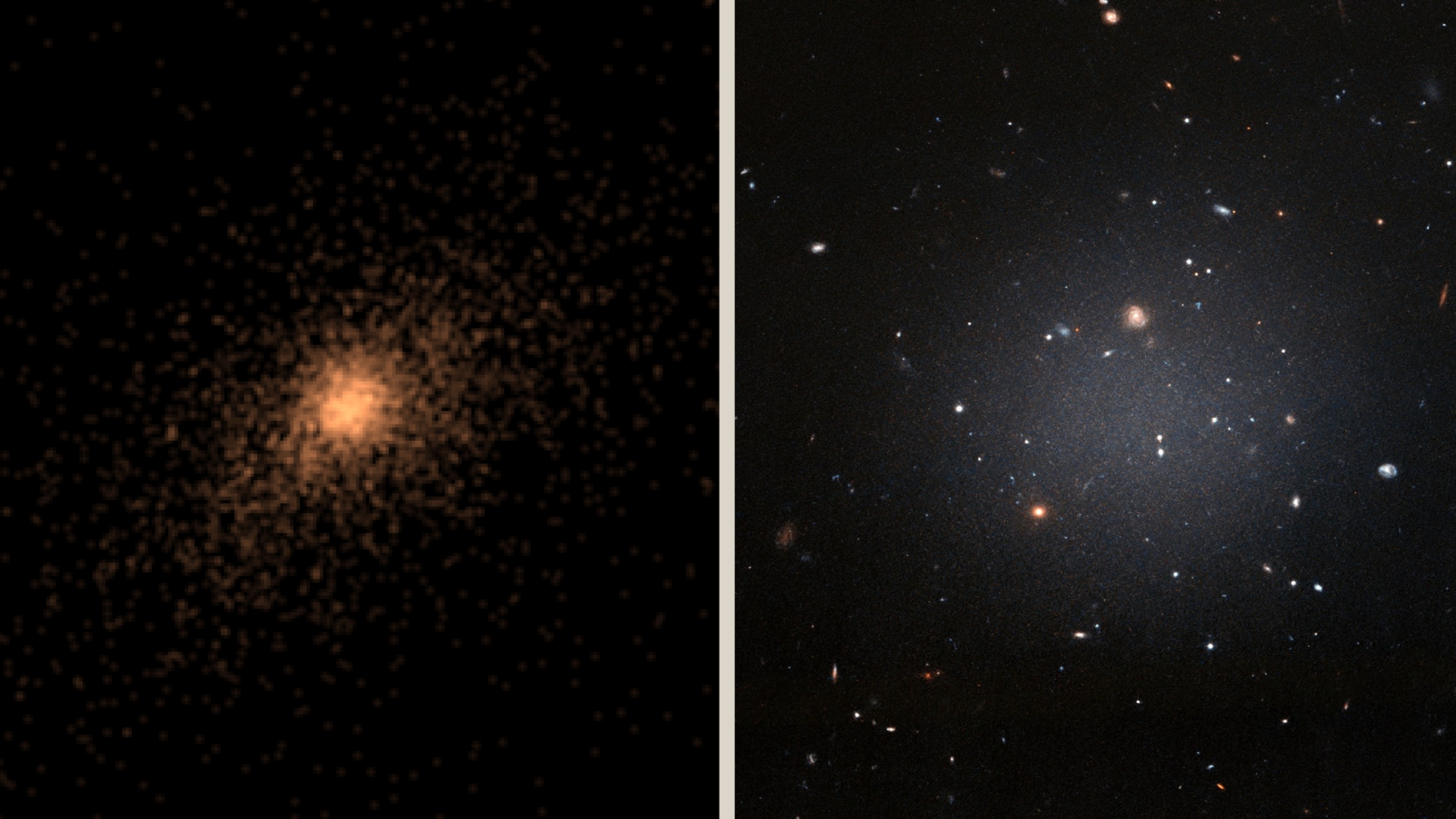 On the left, one of the ultra-diffuse galaxies that was analysed in the simulation. On the right, the image of the DF2 galaxy, which, as it can be seen, is almost transparent (credit: ESA/Hubble).

Thanks to the careful study by José Benavides and his team, we can now understand how these isolated red ultra-diffuse galaxies are generated. To shed light on this, they used a state-of-the-art numerical simulation (called TNG50); they identified the red ultra-diffuse field galaxies and traced their evolution backwards in time. In this way, they were able to observe the changes that these galaxies underwent from their origin to become these enigmatic objects.

In José's words, “Galaxies tend to cluster together, and it is common for smaller galaxies to fall into groups where there are more massive ones. However, some of them are violently ejected from these clusters and thrown back into the field. Such is the case for some of these ultra-diffuse galaxies that were formed in sparse regions, entered into a group of galaxies and were then sent into exile. Moreover, this passage stripped them of their gas and thus of their ability to form stars.” 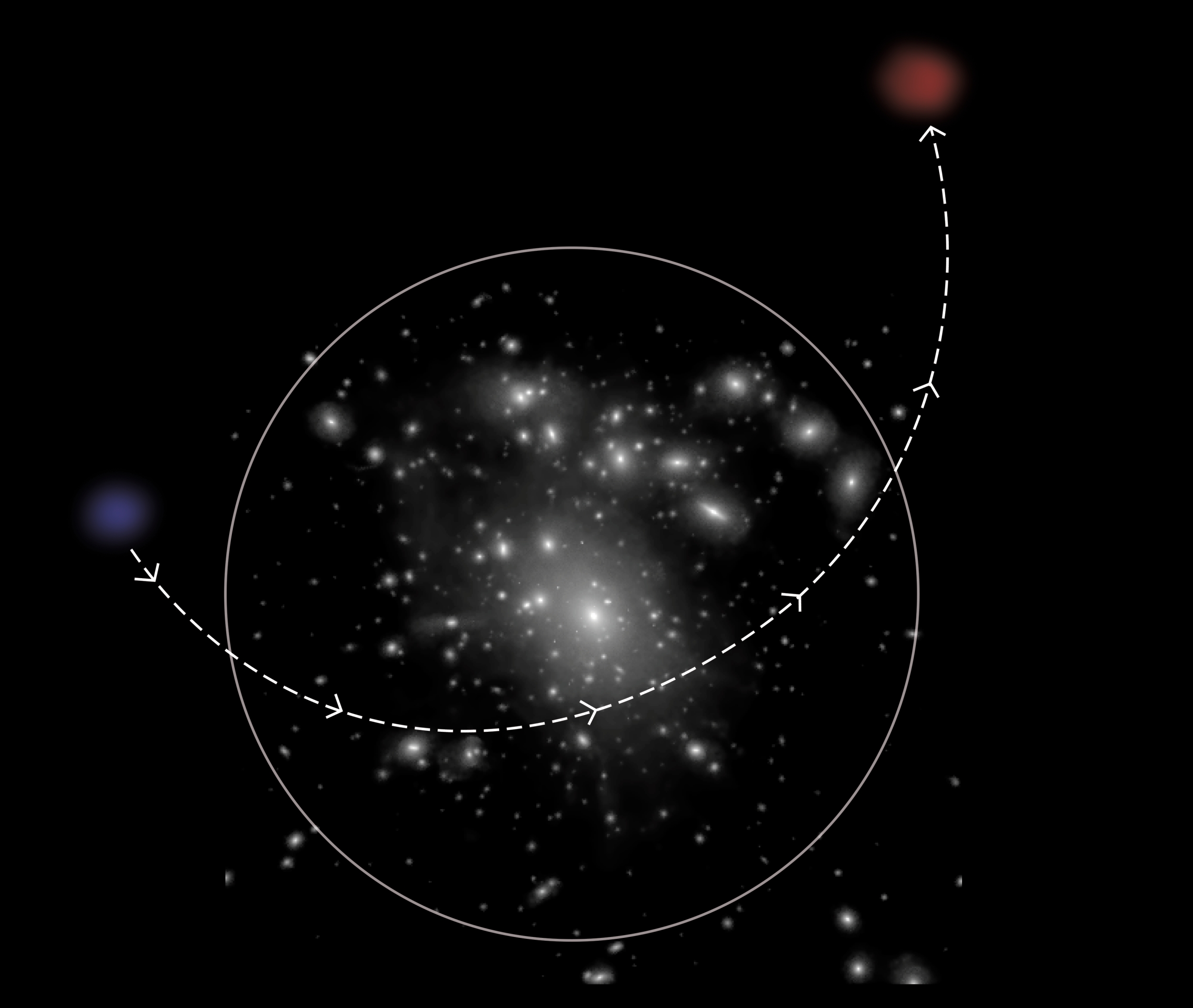 The team that led this study, composed of José Benavides, Laura Sales and Mario Abadi, is a product of Argentina's higher education and scholarship systems. José Benavides did his undergraduate and master's studies in Colombia, and is currently doing his PhD at the Faculty of Mathematics, Astronomy, Physics and Computing (FAMAF) of the UNC. He came from Colombia in 2018 to start her PhD in Córdoba thanks to a scholarship from the UNC, and is currently developing her research at Institute of Theoretical and Experimental Astronomy (IATE) and the Astronomical Observatory of Córdoba with a PhD completion grant from CONICET. Laura Sales did her undergraduate and doctoral studies at the UNC and IATE and then took part in several research centres in the Netherlands, Germany and the United States, where she is currently a professor at the University of California, Riverside. Mario Abadi also studied at the UNC, spent most of his career at IATE and the Astronomical Observatory of Córdoba, and also did research in the United Kingdom, Israel and Canada.

The relevance of the studies that this team has been carrying out has allowed them to have collaborators who are developing some of the most powerful cosmological simulations today, as well as to have access to the most appropriate data for their research and to have the support of co-authors for the analysis, interpretation and comparison with observations of the results obtained.

Although they initially saw it as a challenge to present their work in the prestigious journal, José Benavides and Mario Abadi emphasise that it is a joy to be able to achieve these results, despite the current pandemic context and, for example, the difference in available resources compared to other research centres in the world. Abadi, who has extensive experience in the study of the formation and evolution of galaxies, points out that "this type of achievement is a sign of talent, effort and the desire to continue despite the adversities, and that, to a large extent, this work is the merit of José and Laura".

Laura Sales, on her side, points out how proud and happy she is that this achievement has been made by José Benavides, who is currently doing his postgraduate studies. She also highlighted the effort the team showed in these adverse times: "It is not easy to maintain focus and spirit in research when friends, family and acquaintances are affected by the pandemic. José and Mario demonstrated excellent work ethics, and this is a recognition of their hard work. She also says that it is always very rewarding to collaborate with researchers and students from UNC, her alma mater.

Today, the team continues to examine the Universe and investigate the processes involved in the formation of different types of galaxies.