Studying the Sun, our nearest star, helps to understand more about its behaviour and, at the same time, to understand the other stars. However, the solar structure is complex. Its outermost layer, called ‘corona’, is composed of plasma (totally ionized gas due to high temperatures) which interacts with external electromagnetic fields. This makes it possible for structures such as magnetic arcs or loops, holes and filaments to exist in the corona.

One type of structure observed in the solar corona are filaments or prominences. These are large clouds that are cooler and denser than the surrounding medium, which floats supported by magnetic forces. They are loop-shaped and reach heights of up to 150,000 km above the solar surface. They can form and remain stable for long periods. In some cases, months. And then they disappear. In addition, in cases where a filament becomes unstable and it detaches, it can eject large amounts of matter and affect space weather. 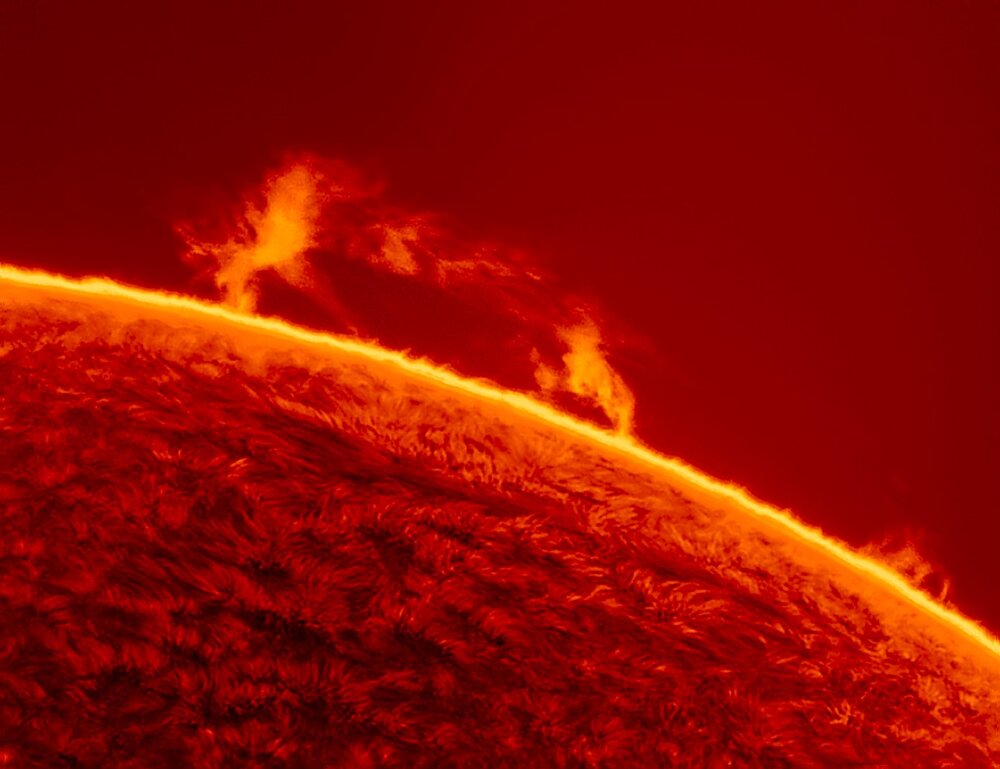 In some cases, the filaments begin to move and oscillate. This may be due to internal or external disturbances. There is a type of oscillations that, according to several studies, are due to the impact of waves generated in other regions of the solar corona. Modelling this phenomenon was the main challenge taken up by the team composed by Ernesto Zurbriggen, who was trained at IATE and is currently at the Mackenzie Radio Astronomy and Astrophysics Center in Sao Paulo (Brazil); Mariana Cécere and Andrea Costa, both researchers of the Astrophysical Plasmas group of IATE.

To understand the behaviour of filament oscillations, simulations were carried out in which a filament was brought into equilibrium and then disturbed by a wave. With this configuration, a great diversity of cases was analyzed, which allowed a thorough understanding of the phenomenon. For this purpose, they varied the height, radii and density of the filament, and studied how they impact on the oscillations. 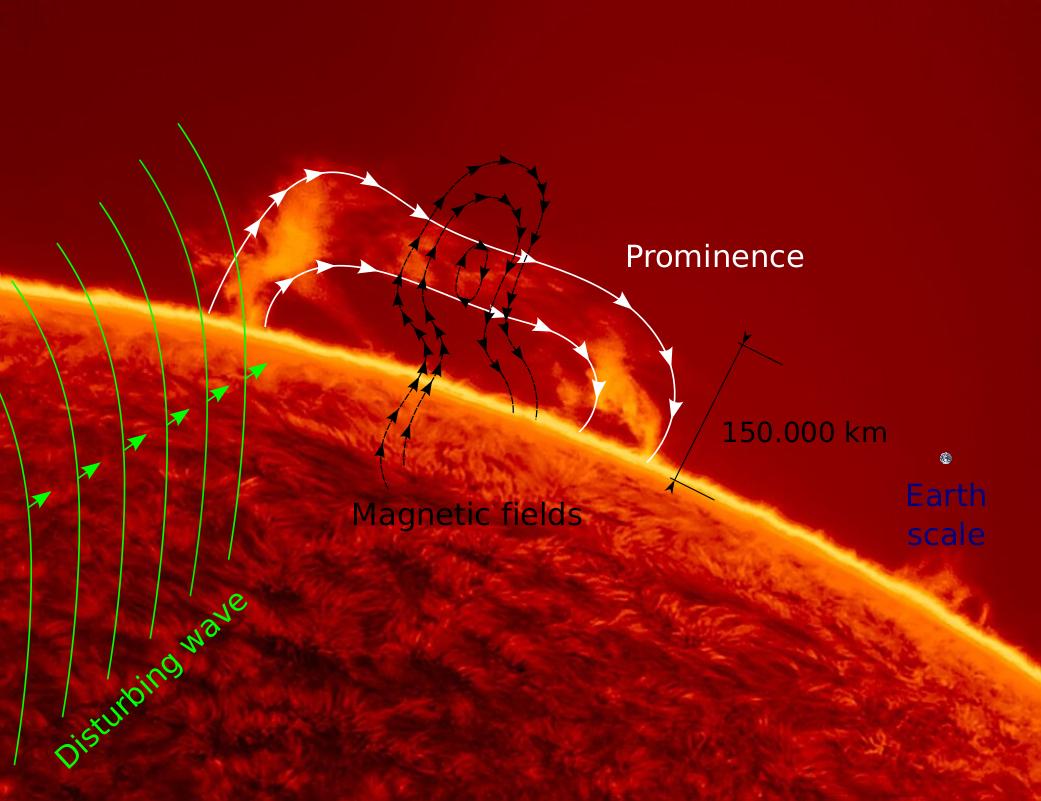 Schema of the proposed model, showing a prominence and a wave that will perturb it. The image also shows the magnetic fields that support the filament and a comparison of the size of these structures concerning planet Earth. Credits: Mariana Cécere.

Ernesto states that this is the most challenging work he has participated in and explains: "From the study of a diversity of cases, we were able to establish relationships between the properties of the filaments and how they oscillate". Mariana adds: "This work was very complete. The results were compared with the observations, general conclusions could be drawn and, in addition, an analytical description was achieved which can be used by other authors".

This work, which helped to understand how these gigantic structures can come to move, is the result of several previous works and accumulated skills. The team, in addition to the people already mentioned, had the collaboration of Marı́a Valeria Sieyra, who did her PhD at IATE and is currently at the Center for Mathematical Astrophysics of Plasma in Leuven (Belgium); Gustavo Krause, a researcher at the Institute for Advanced Studies in Engineering and Technology (IDIT) of the National University of Córdoba (Argentina); and Guillermo Giménez de Castro of the Mackenzie Radio Astronomy and Astrophysics Center in São Paulo (Brazil).

Andrea Costa concludes: "This work is a point of arrival, both in the challenges involved in the design of the magnetic configuration, the adjustment of the balance and the resolution of numerical problems, analytically, as well as in personal relationships, which are always a challenge. The progress achieved will surely be reflected in future publications as well."