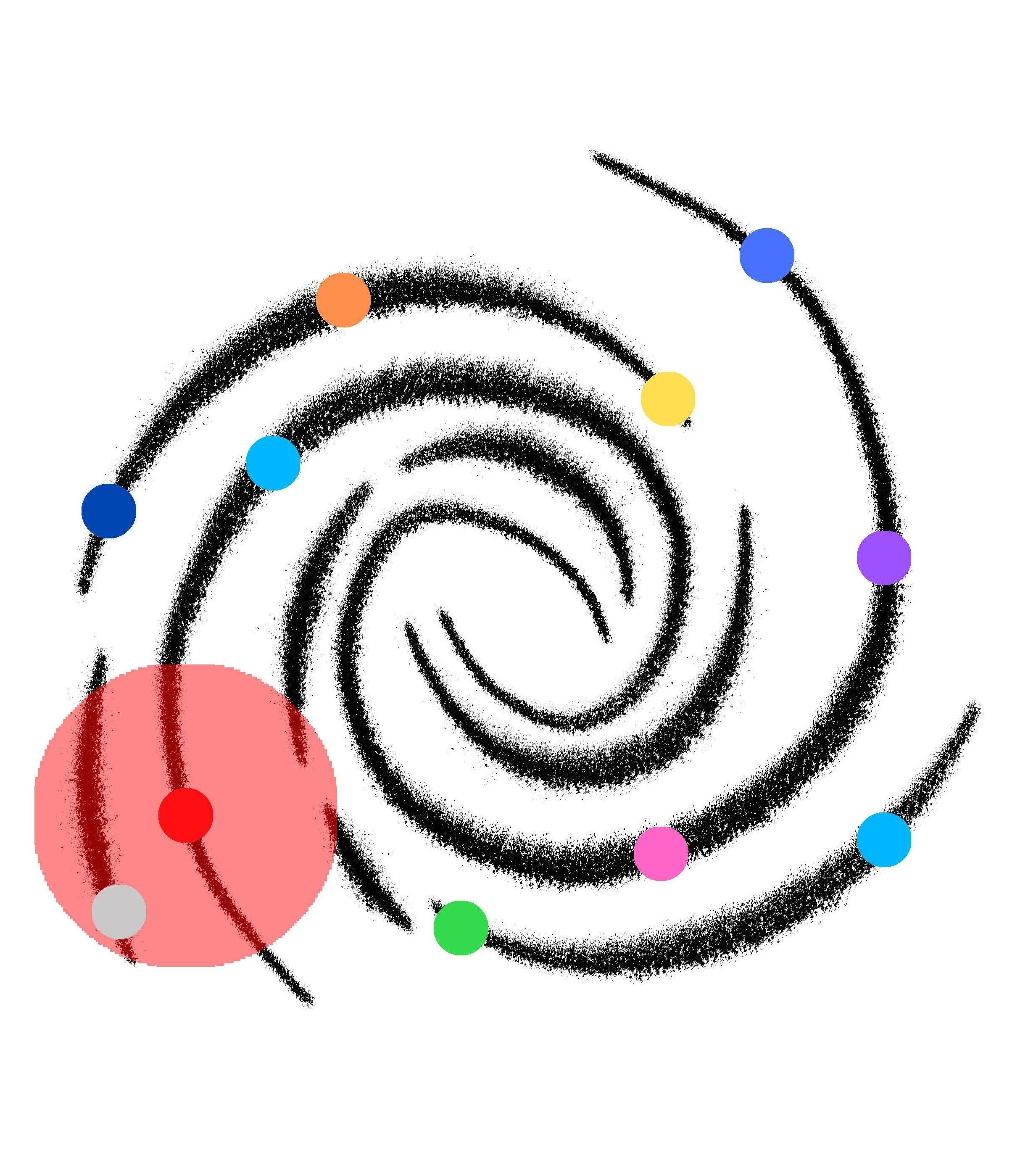 "Of the big questions in science today, the question about the existence of intelligent life on other planets is special because we do not have any data," asserts Marcelo Lares, a researcher at Instituto de Astronomía Teórica y Experimental (IATE) and skilled in the use of statistical methods to analyze the large structures of the Universe. This phrase tells us a lot about how he decided to approach the study of possible contacts with other civilizations that gave rise to the research published in the International Journal of Astrobiology.

By participating in a think tank, Marcelo began to lead a line of research in which, through computational simulations, an attempt is made to explain the so-called Fermi paradox. That is the apparent contradiction between the estimates that they claim that there is a high probability of other intelligent civilizations existing in the observable universe, and the absence of evidence of such civilizations. In this way, he found the possibility of collaborating with the search for other inhabited worlds, contributing with statistical and computational knowledge as well.

The aforementioned think tank is the OTHER project (Otherworlds, Earth, Humanity and Remote Space, in Spanish) in which, in addition to Astronomy, other disciplines such as Anthropology, Biology, Philosophy and Architecture come together. In this project, the idea of ​​intelligent life in the cosmos and the challenges that this entails for Science, Philosophy and Religion are addressed. It emerged promoted by José Funes, who is also the author of this work and who, in addition to Astronomy, has studied Philosophy and Theology. Luciana Gramajo, researcher and professor at Observatorio Astronómico de Córdoba also participates in the publication.

"Unlike other works in which many parameters are used, in our model, we try to condense all the ignorance about the possible contact between distant civilizations in the fewest parameters", comments Lares and adds: "This is how we managed to reach three questions that determine the three parameters of the model: How long does a civilization last? How rare is it that a civilization arises? And how far can the signal emitted by a civilization be detected? "

To model this, they started from a simple assumption that civilizations, at some point, acquire the ability to communicate and, at some point, lose it. This allowed them to analyze how it affects the contact between civilizations if they have a fleeting or persistent presence.

As one might intuitively think, the number of contacts increases for enduring civilizations.

In order to think the communication, it is not only necessary that there is a civilization that emits signals, but also, another one that receives them. From this idea, Lares, Funes and Gramajo establish the second variable. This describes the probability of having to wait for more than a certain amount of time for a new civilization to emerge, counting from the moment the last one appeared in the Galaxy, and that helps to understand how the probability of contacts is related if the appearance of civilizations is more frequent.

Finally, for communication to take place, the signals emitted must reach a receiver. So civilizations must be close enough so that the signal is not diluted. This helped establish the last variable: the distance that the emitted signals can reach.

Those who carry out this analysis assume that civilizations acquire, at the same time, the ability to emit and receive signals that can reach certain distances and, in this way, can understand how this affects the probabilities of contact. 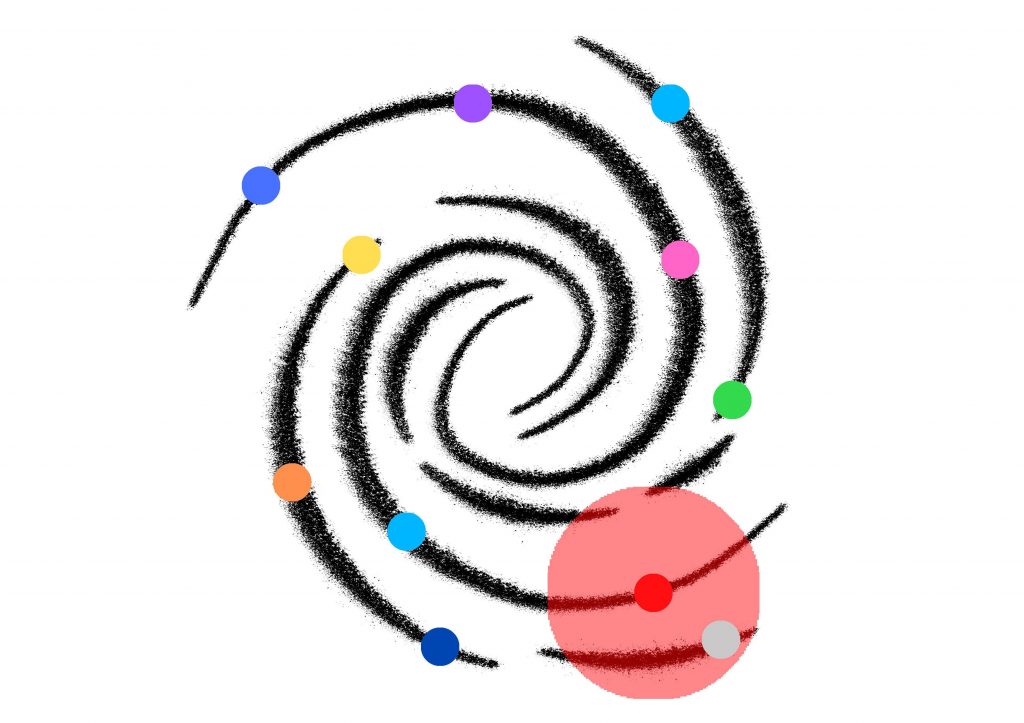 We can think that each of the points indicates a possible civilization: its different colours, its duration and time of appearance. If a signal emitted from civilization representing the red dot can only go up to a certain distance (red coloured area) it could be picked up at the grey dot, if they can be detected. Designed by Rocío Rodríguez.

Parallel to the model, Marcelo Lares and his team were developing a simulation capable of obtaining the contact probabilities from the aforementioned variables. For its implementation, IATE computational resources were used.

The software with which the simulations were carried out has the added value that it was written following quality criteria from a computational point of view, and, in addition, it is free, that is, it has been made available so that new experiments of this type can be carried out, for example, with new assumptions.

"We explore a family of models, making the variables take a wide range of values, and the most optimistic models are those in which civilizations last long, appear often and whose signals go far", explains Lares. Although his models are statistical and do not address Earth in particular, he states that "the scenario for the contact with another civilization in the course of human life is one in which our galaxy should be tremendously populated with civilizations, and that lasts for a long time; in any other situation, it would take a long time", concludes the researcher.

Illustrative video made by Marcelo Lares. 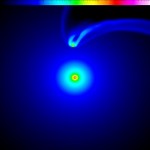