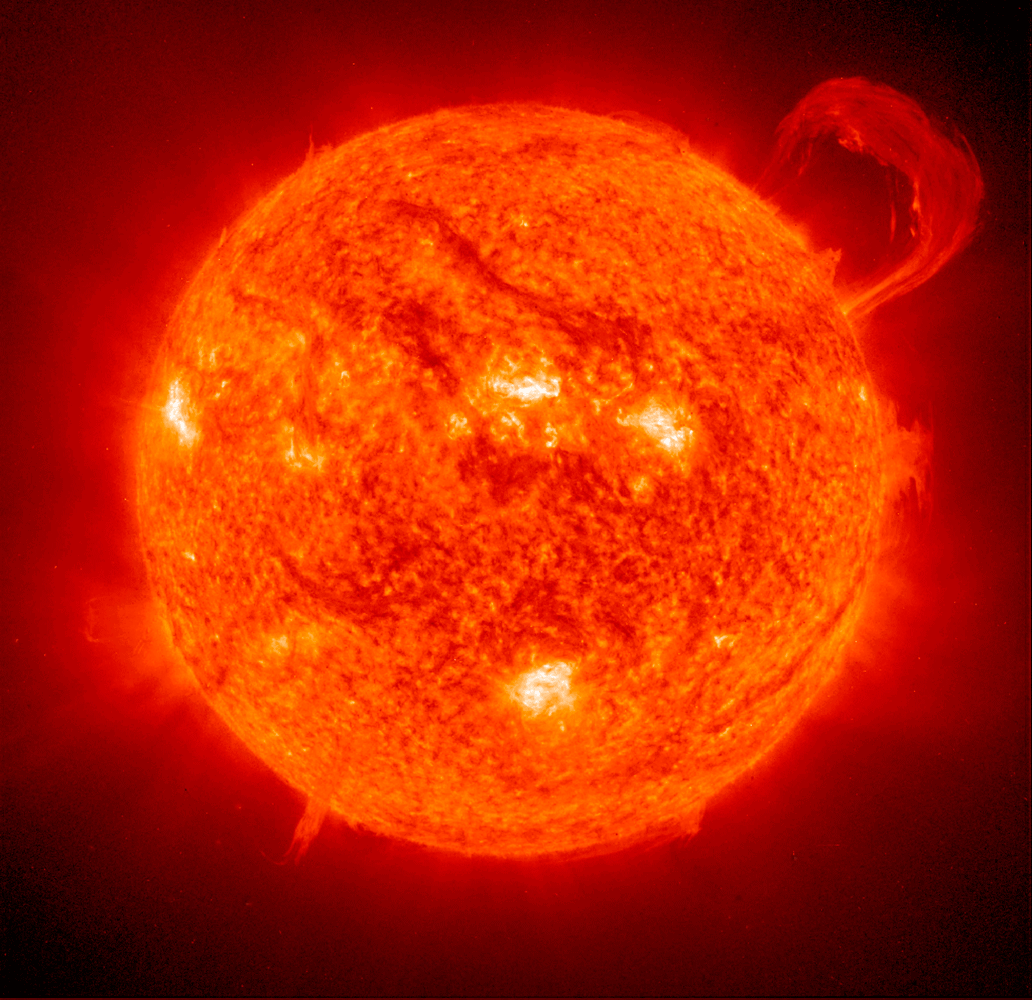 Although the Sun appears to be just an incandescent sphere, it has a lot of activity in its outer layers. This is mainly due to the material that makes up those layers. The high temperatures present there cause the gas particles to ionize, that is, they acquire an electric charge. This electrically charged fluid is called "plasma" and when it is exposed to the electric and magnetic fields present in the Sun, they give rise to different structures that are observed on its surface. 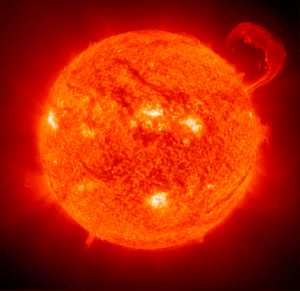 Image of the Sun where it can be seen that its surface has brighter areas (active regions), darker areas (filaments) and large structures that form a kind of arc (prominences), among others. Credits: ESA - NASA.

Due to its proximity, the Sun is the star that gives us more information and more details about its activity. This is why studying its activity and explaining the physical processes that gave origin to it is useful for understanding other stars.

"The Sun is our natural plasma laboratory. In terrestrial laboratories, it is not possible to experiment with solar-type plasma directly because it is very difficult to reproduce solar temperatures, electric or magnetic fields. However, we can perform simulations that model it and that help us understand how plasma behaves in this environment", explains Mariana Cécere, a researcher in the area of ​​Astrophysical Plasmas at IATE and who has intensively studied plasma modelling in computer simulations.

As part of solar plasma activity, portions of material are continuously ejected from the outermost layer of the Sun which is called the corona. If these reach the Earth, they produce solar storms that can affect satellites and communications in general.

"We know that the trajectories of coronal mass ejections do not always go radial to the Sun, sometimes they are deflected and these deflections occur due to the magnetic environment that surrounds them; due to its effects, it is important to be able to predict these events and where they are going", explains Abril Sahade, who has begun to study this topic in his final work of Bachelor of Astronomy with a scholarship from the Argentine Astronomy Association, and, currently, she continues doing this research in her PhD, being awarded a scholarship by CONICET. "Now that we are dependent on communications, these ejections are being monitored all the time, so we have a large number of observations of these structures", adds Cécere, who, in addition to working on computer simulations, in recent years has also been specialized in the analysis of observations of the Sun.

A solar structure related to the deviations of these ejections is the so-called "coronal holes", which are observed as large dark spots and are associated with the presence of magnetic fields that come out of the solar surface.

Simulating the relationship between structures

Several observational studies indicate that there is a relationship between the presence of coronal holes and the deviation of material ejections. However, the Solar corona is a dynamic environment and it is not easy to establish the contribution of various factors in the observations. "What we have decided to do is to simulate a coronal mass ejection in the presence of a coronal hole, to study how deflection develops, taking into account the distance, size and intensity of the coronal hole", explains Abril Sahade. 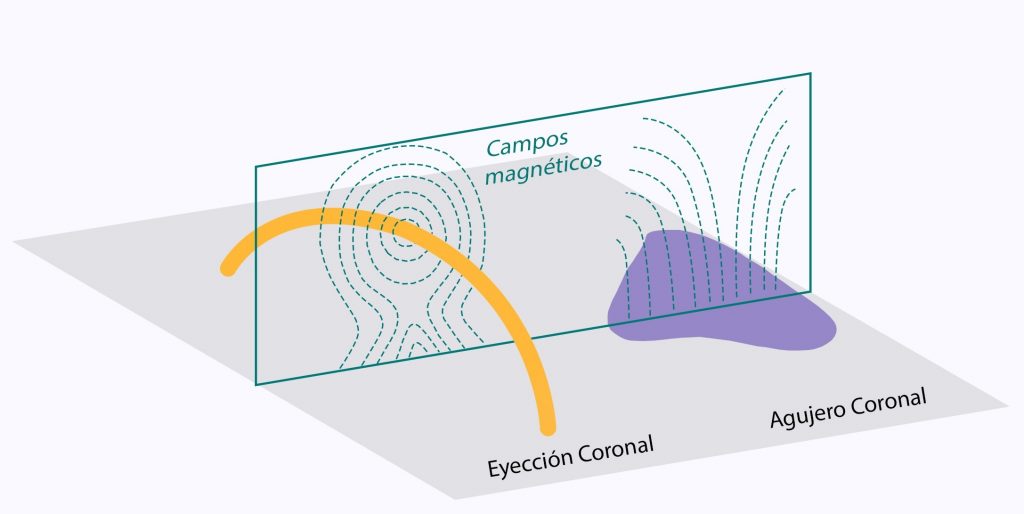 This diagram shows a coronal ejection and a coronal hole with the respective magnetic fields surrounding them. Adaptation of the one presented in the scientific publication.

Magnetohydrodynamic simulations were used to carry out the study published in the Astrophysical Journal, that is, simulations that emulate solar plasma, with its charged particles as well as its characteristic electric and magnetic fields. An open-access code developed at the University of Chicago was specially used, which was modified by the team that carried out this work and was executed by using the computational resources of the IATE and the High-Performance Computing Center (CCAD - UNC).

"The importance of this research lies in the fact that not only is it the first systematic study of this type but also with our computer simulations we were able to reproduce results obtained through observations", concludes Cécere.